Karl's Appliance, serving NJ and the NY Metro Area, is an authorized dealer of Viking Range Products. Viking is the company who introduced the professional cooking range for use in a residential household and, to this day, they still hold a dominant position in this market. Over the years, VIking has continued to refine and expand their product assortment. They now manufacturer and market a broad range of products including gas and dual fuel open burner and sealed burner ranges, electric ranges, rangetops, drop in cooktops, gas and electric built in wall ovens, microwaves, speed oven, warming drawers, range hoods and ventilation, built in and freestanding refrigeration, dishwashers, outdoor barbecue grills, and more. Viking also offers two distinct and attractive cosmetic series of appliances - the original and still most popular Professional Series and the newer Designer Series. Whatever high end appliance you need chances are that VIking offers a solution worth exploring.

Viking Range Corporation was founded by Fred Carl, Jr., a fourth generation building contractor, as a speculative venture aimed at developing the first commercial-type range specifically designed, engineered and certified for home use.

The idea of developing a commercial-type range for home use resulted from Carl noticing the increasing use of commercial ranges in residential kitchens during the late 1970s. Recognizing the need for such a product became even more apparent when Carl was designing and building his new home in 1980. The typical stainless steel restaurant range strongly appealed to Carl and his wife wanted a heavy-duty, classic looking range like her mother's old Chambers, which had long been out of production.

As he considered the possibility of using a standard commercial range in their home, Carl became convinced that restaurant ranges were definitely not designed for home use. Among the numerous disadvantages which made those undesirable and impractical for installation in a residential kitchen were: high heat output and extremely hot surface temperatures, no safety features, excessive energy consumption, constantly burning standing pilot instead of automatic ignition, no broiling in the oven, and dimensions which were not designed for typical residential cabinetry.

Carl became convinced that the ideal solution would be a hybrid range that would combine the most desirable features of both a commercial range and the old Chambers range his wife so badly wanted. This left him with a dilemma, he realized both he and his wife wanted something that didn't exist. But he also saw this as an opportunity. If no one was making such a product, why shouldn't he? So he decided to pursue the idea of creating the world's first heavy duty, commercial-type range for the home.

Carl first conducted a thorough design analysis to identify all the advantages and disadvantages of commercial ranges. 1n 1981 and 1982, while operating his design/build construction company, he used any spare time he had to prepare conceptual drawings and developed detailed specifications which eliminated all the shortcomings of a commercial range for home use while including all their advantages. High performance cooking, large capacity, heavy duty construction and professional styling were all key elements of his design. Carl then added all the desirable features of a high-end residential range, such as automatic ignition, in-the-oven broiling, convenient controls, ample insulation to decrease exterior temperatures and heat output into the kitchen, standard widths and depths to accommodate typical residential cabinetry, and various other functional and cosmetic improvements. To achieve the look of the old Chambers, he included the option of a brilliant white finish in his specifications.

In preparation for taking his product to market, Carl then began establishing the business structure of the venture. In late 1983, with the assistance of a local advertising agency, he named the new company and its product "Viking". Carl incorporated Viking Range Corporation on March 22, 1984. The challenge of pioneering and developing the very first commercial-type range for the home had officially begun.

Carl began presenting his drawings and specifications to various commercial range manufacturers, seeking a partner that would aid him in developing and producing a commercial-type range for home use. After being turned down by virtually every major restaurant range manufacturer in the industry, Carl ultimately persuaded a southern California company to assist him with the engineering and to carry out the manufacturing of the first Viking range.

The engineering and certification process of the first Viking range spanned a period of more than three years. Being a hybrid of both commercial and residential equipment, Carl's Viking range was the first such range to ever be submitted to the American Gas Association laboratories for certification. Because no such product had ever existed or been tested, AGA approval involved over a year of extensive testing and evaluation, including the creation of several new testing criteria. AGA certification was finally obtained in late 1986, and 20 test and sample units were produced in October and November of that year. Normal production of the world's first commercial-type range for home use finally began in January, 1987.

The unanticipated volume and growth experienced by Viking quickly overwhelmed the capacity and capabilities of the California manufacturer and production was subsequently moved to a household appliance manufacturer in eastern Tennessee that was more accustomed to larger volumes. Although this company provided some degree of improvement, various problems and challenges persisted which were beyond Carl's control and he knew another change had to be made.

Therefore, in October of 1989, Viking began preparations for manufacturing its own product line in Carl's hometown of Greenwood, Mississippi, located in the historic Mississippi Delta. By February of 1990, the first Viking-produced range top went into production. Production of the 48-inch range followed in April, and by July 1990, all models were in production in Greenwood. For the first time Viking assumed full responsibility for the in-house manufacture of its own product line.

In July 1992, Stephens Inc., a Little Rock, Arkansas, investment banking firm (www.stephens.com), made a major equity investment in Viking Range Corporation. Carl's new partnership with Stephens allowed Viking to accelerate its rapid growth and to further expand its product line and manufacturing capabilities to keep pace with the increasing demand for its high quality products.

The original Viking manufacturing facility in Greenwood was located in a 35,000 sq. ft. former distribution warehouse (which had been built by Carl's father in the 1950's) and served the company's needs for about two years. However, increased volume and the addition of new products soon stretched the capacity of this small manufacturing facility. In 1992, the decision was made to move to a larger 100,000 sq. ft. plant to accommodate the continued growth of the company. This facility, located on what is now Viking Road, has been enlarged several times in the past few years to approximately 240,000 sq. ft. and is now the Viking cooking products manufacturing plant.

In 1986, the Viking corporate offices were moved from Carl's cramped construction company office to a partially renovated building on the bank of the Yazoo River in the historic Cotton Row District of downtown Greenwood. As the company continued to grow, Carl expanded his offices within this building and soon filled it. Committed to staying in downtown Greenwood, he then began buying adjoining buildings to house the growing company. The Viking corporate headquarters now consists of a collection of historic buildings totaling over 50,000 square feet. All of the downtown buildings are original structures of the late 1800s and early 1900s, and several have received historic preservation awards from the Mississippi Heritage Trust as well as the National Trust for Historic Preservation Award for commercial district revitalization.

Due to the rapid growth of Viking, keeping up with its facilities needs has been a major challenge. In late 1997, an entirely new plant, now consisting of 90,000 sq. ft., was constructed just outside the western city limits of Greenwood to produce Viking ventilation hoods and certain other specialty products. A third manufacturing facility, the Viking refrigeration products plant, was acquired and totally renovated in 2000. This 143,000 sq. ft. facility, located adjacent to the cooking products manufacturing facility, produces Viking built-in refrigerators and wine storage units. In order to efficiently handle distribution of its ever-expanding product line, Viking also built a distribution center in 2000 and then expanded the building in 2002 for a total of over 80,000 sq. ft.

The Viking dishwasher products manufacturing plant was completed in 2006. This facility totals over 87,000 sq. ft. of manufacturing space. Also in 2006, the Viking product support center was opened in Greenwood to house the Viking service parts and customer assurance department, comprised of service parts distribution, service call center, warranty administration, and technical support staffs. Viking also opened a new tool & die facility with over 10,000 square feet in 2007. The current square footage of all Viking production and distribution facilities in Greenwood is more than 600,000 square feet.

Viking sells its major appliance products through 13 residential appliance distributors covering all 50 states and Canada, and these distributors sell to authorized Viking dealers in their territories. In addition, Viking-Europe headquartered in Strasbourg, France, and Viking-Asia in Bangkok, Thailand, now serve 50 international distributors who handle Viking international sales throughout the world. Viking products are now found in more than 80 countries worldwide. The Viking network of independent distributors is regarded as one of the strongest in the major appliance industry.

In 2002, Viking Range Corporation moved into a new market category of premium culinary products (www.vikingrange.com) which has grown to include cookware, cutlery, stand mixers, blenders, toasters, food processors, and hand blenders. The culinary products line continues to expand and is distributed directly to gourmet shop retailers throughout the USA.

Viking considers itself not only a major appliance manufacturer, but a culinary company involved in all aspects of the kitchen and the world of food and wine - The Viking Life. Through cooking classes, gourmet events and online instruction, the Viking Life makes the savory world of Viking tangible.

In 2001, Viking began renovations on the historic Hotel Irving in downtown Greenwood. Renamed The Alluvian and designed as an upscale boutique hotel offering unparalleled amenities, the hotel opened to widespread acclaim in May 2003. The Alluvian won the AAA 4-Diamond Award in 2007 and 2008 as well Conde Nast's Traveler 2008 Gold List and 2004 Hot List. The Alluvian provides luxury accommodations for the many Viking dealers who attend weekly factory training sessions in Greenwood, along with developers, builders, designers, architects and other Viking guests, as well as the general public.

In addition, The Alluvian Spa; Giardina's Restaurant, a Mississippi Delta dining landmark since 1936; and the Viking Cooking School and Retail Store provide an entertaining and memorable experience, resulting in the renowned Viking facilities becoming a unique and popular tourist destination.

In spite of its tremendous growth and success, Viking Range Corporation remains essentially the same entrepreneurial company it was at its inception. This small, close-knit company culture serves Viking, its customers and its community well, and greatly contributes to the company's ongoing growth and success. By carefully preserving this unique, creative and stimulating environment, and through offering only the very finest, highest quality products, Viking plans to continue its aggressive growth and expansion to further increase its already strong presence in the worldwide major appliance and related culinary lifestyle industries.

Bring Viking Home for the Holidays Promotion at Karl's Appliance 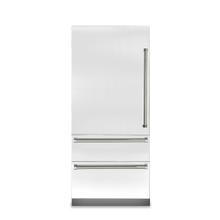 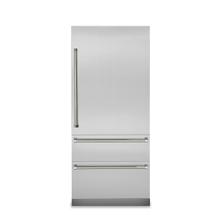 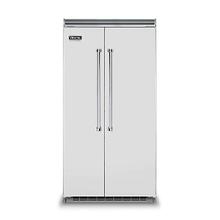 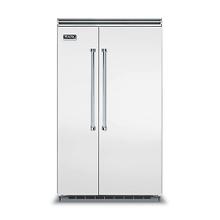 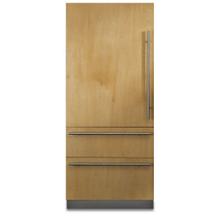 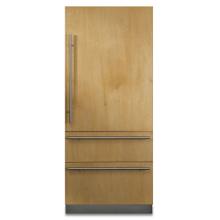 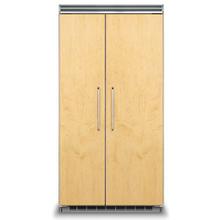 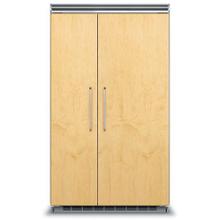 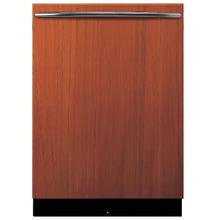 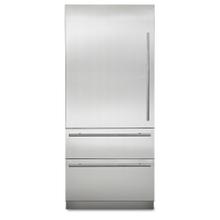 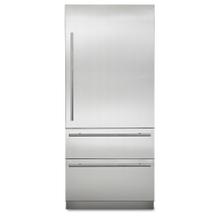 Viking Buy One Get One Event

Viking Buy One Get One Event